Being involved in the creative arts supported Corina Duyn in her journey through illness. Her previous work as nurse and care worker, and life with ilness has led to All things Puppetry:  Life Outside the (disability) Box puppetry project;  puppet making classes; Invitations to give lectures at universities, symposia and puppet festivals. … 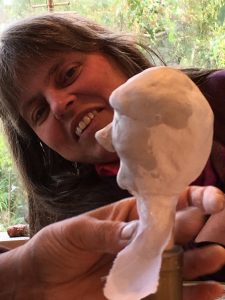 Currently only distant learning Puppet Making course available through detailed youtube videos and printed tutorials, with photos and text of every step.  Further information and bookings see HERE . See Nationwide program following Corina and her students when she was still teaching in her studio ( RTE1 Irish Television

Corina was awarded an Arts and Disability ‘Connect’ Bursary for mentoring by Emma Fisher. Read a paper about the ‘Invisible Octopus’ project 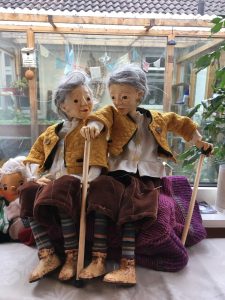 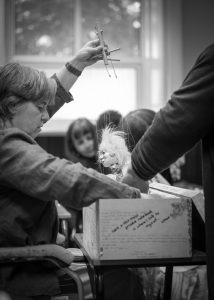 Corina Duyn was one of the speakers at the first Broken Puppet: Puppetry, Disability and Health Symposium. UCC, Cork, August 2017.

Corina is open to invitations for further talks, presented via Skype. 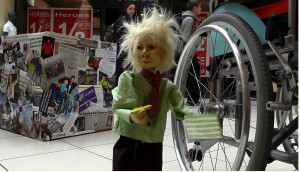 Life Outside the Box Puppetry Project

Life Outside the Box  Corina Duyn facilitated the Life Outside the Box Puppetry Project (2015/6) while a member of the Irish Wheelchair Association (IWA) Dungarvan Resource Centre. The film, depicting puppets stepping out of the disability box,  has since been screened in Canada, London and on Irish national television. Supported by  Create – Artist in the Community Scheme/ Arts Council of Ireland. See the project in the making. 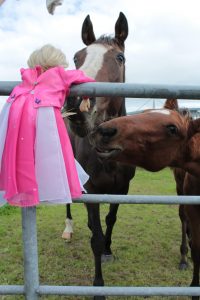 The initial Life Outside the Box exhibitions were at Dungarvan and Waterford Library in February and March 2016. In November 2016 Corina Duyn curated the Dis-ability … This Ability exhibition at Tramore Coastguard Cultural Centre. The puppets were part of this exhibition. See and read more about it: